Tourism Ireland Must Do More For Small Operators

By Michael FitzmauriceJuly 3, 2017No Comments

It has to be acknowledged that there are some parts of the country, notably Dublin which are booming with regard to Tourism, but small operators in rural Ireland have to fight tooth and nail for any business that’s out there and the support they are getting from Tourism Ireland leaves a lot to be desired and improvements in that regard are badly needed.

Some small operators travel abroad frequently to promote Ireland as a Tourism destination. They pay their own flights and accommodation costs which is fine but they also have to pay to have stands at any shows that they are participating in which is very unfair especially in view of all the money that the Government are giving to Tourism Ireland every year. These small operators are telling me that they never hear from anyone to ask them how they could make things better for them or how they could operate in a better way.

These small operators also tell me that they do not see anyone from Tourism Ireland from one end of the year to the other. The situation that exists now is that the likes of Trip Advisor and other such websites are taking the lead on Tourism information instead of Tourism Ireland. In relation to the Lakeland areas and the midlands there is not nearly as much publicity as we hear about the Wild Atlantic Way and the Ancient East which have been huge successes, and fair play to them. The midlands and the potential of the likes of the River Shannon and River Suck seems to have been forgotten about.

I know that there are new personnel coming in at the top in Tourism Ireland but they need to have a complete rethink on their strategy. They will not know the problems and challenges facing the Tourism industry unless they actually call to the businesses and talk to the people on the ground. The small operators are the heart and soul of the rural tourism industry. Dublin and other major tourist areas will fill up even if they were never promoted, and we must look after the smaller operators in the so called less fashionable areas because they feel left out at the moment. 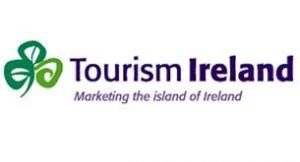