Time To Deal With Forgotten Farmer Issue Once And For All

By Michael FitzmauriceJanuary 16, 2017No Comments

The ‘Forgotten Farmer’ issue has been totally ignored by the Government, Fianna Fail and the main farming organisations and despite many great speeches on the matter from various quarters nothing has been done and it is time for action on this important issue.

There is a clear commitment on this issue in the Programme for Government yet here we are just four months away from the applications for the Single Farm Payment and there has been no announcement from the Minister on  this issue. It is essential that Sinn Fein, Fianna Fail, and the other Independent groups and TD’s tackle Fine Gael on this. I would ask the question. Are we witnessing the same carry on here as we have seen with grain farmers where there is a nod and a wink and nothing happening ?
It is impossible to be playing for both teams in the same match and that’s what Fianna Fail are doing at the moment. They are trying to be in opposition and be in Government at the same time and if they are going to continue to support this Government they need but put their foot down and demand action on this issue. I would also like to see funding secured for new young farmers coming into the business as well. The Forgotten Farmer issue has been going on for the past three or four years and it is time to deal with it now once and for all. 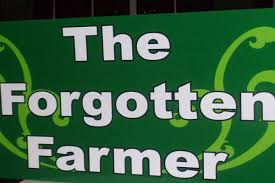