Time For Action On Flooding Problems

By Michael FitzmauriceMarch 15, 2017No Comments

Over the last few weeks with the rain we have had is a reminder to all politicians once again of the torture that the people went through on the Rivers Shannon and Suck, at Lough Funshinagh, Correal, Athleague, Bushfield, Castleplunkett, Knockcroghery, Boyle and in East Galway and many other areas in recent years with regard to flooding. Surely at this stage enough surveys are done and the same common denominators apply in a lot of areas. It’s time for action.

Take Lough Funshinagh for example, as I drive by it most mornings, the levels are still higher than any normal winter which proves that the water is not getting out and the simple solution is a pipe which will have to be put in there sooner rather than later. With a new person in charge of the OPW and the relevant Minister both from the West of Ireland it is beyond time that fundiing for these projects be provided.

With regard to the River Shannon, notice should be paid to what the group in Carrick on Shannon achieved with regard to lowering the water levels in Lough Allen. Now is the time for work to be carried out on the pinch points identified, and that a full programme of remedial works on the Shannon be implimented without delay. 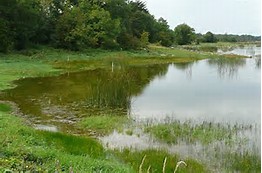