TAMS Must Be Properly Funded

By Michael FitzmauriceJanuary 16, 2017No Comments

The Government must address the funding issue under TAMS as agreed in the Programme for Government and I want Minister Michael Creed to address the issue immediately.

In the Programme for Government there is a clear undertaking that under TAMS ‘mats for slats’ that the clearing of drains would be included. No later than this week I have noticed media reports from the UK where Ministers have acknowledged that if we are continue in beef production we have to have the ‘mats on slats’. Our present Minister for Agriculture Michael Creed seems to be very quiet on a lot of issues and this is one.

We have to ensure that a fund under TAMS is put aside to ensure for animal welfare purposes that this is done. This must be urgently brought in under TAMS because there is only a very narrow window of opportunity between announcing, applying and giving the go ahead between now and June or July as farmers will be putting cattle into sheds again in September and October and they cannot be buying at that time of the year. It is imperative that the Minister deals with this situation straight away. 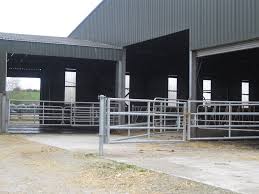