By Michael FitzmauriceJuly 12, 2017No Comments

The squeezed middle in Irish society are set to have to shoulder increases in the cost of a range of services in the next few months and any small reduction in taxes as promised by the Government will be swallowed up by these increases and ordinary people will end up worse off before the year is over.
It is almost certain now that in the next couple of months the public will face increase in bin charges, the TV license fee and the cost of electricity which will cancel out any reduction in taxes that we have been hearing about. When you add that to the huge cost of sending children back in school in the Autumn, many families will be very hard hit before this year is over.
The reported increase of 40% in the PSO levy on electricity bills is totally unwarranted and once again calls into question our energy policy. The move towards so called green energy is costing our economy dearly and in many cases these energies are unable to stand on their own two feet economically and must be subsidised. We must be very careful that when it comes to manufacturing and industry that we do not price ourselves out of the market with high PSO rates and that is a real possibility now. We need a serious rethink on our whole energy policy and where it is going.
The facts are, that despite news every day that the economy is growing and that austerity is over, many families will be worse off this year than ever before and our Government must take that into account when they are deciding on the budget later in the summer. 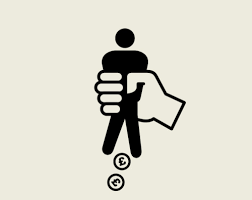