By Michael FitzmauriceSeptember 28, 2017No Comments

The news on Tuesday that Siro, one of the three companies who were bidding for the roll-out of the remaining part of the National Broadband Plan, have pulled out of the process because it is not commercially viable for them to bid, is further evidence that the plan is in disarray and that the deadlines set will not be met. In addition, one company now have almost a monopoly in the whole process, which will lead to much higher charges.
The National Broadband plan was one of the main items that we discussed in the talks for the Programme for Government last year and I raised these very issues at the time and I have to say I was very annoyed at the dismissive attitude of the Department at that time . Unfortunately the negative aspects that I highlighted would happen with regard to the implimentation of this plan are coming to pass.
One company now have an almost totally dominant position in the market and will be able to raise charges for their services into the future with the only remaining company to bid at a serious disadvantage in terms of infrastructure and capacity. It is also reported today that the cost of the National Broadband Plan will increase by over 60% or at least 500 million Euro because of the deal that the Government entered into with Eir. Despite claims of successes in the implimentation of the plan, it looks doomed to miss it’s deadlines and is set to cost the public much more than was stated.
The facts are now that regardless of who is the supplier, the infrastructure is owned by Eir who can charge per customer and it will mean extra costs for the consumer. It was a major mistake for the state to not assume ownership of the scheme like was the case in France where there was a minimal cost per user paid to the state to establish their Broadband Plan. Now Irish customers are set to pay on the double to one company who are the dominant player in the market.
The Department of Communications have a poor track record in relation to these matters over the years given the botched flotation of Telecom Eireann many years ago and the debacle of the awarding of the moblile phone licences which is still subject to litigation twenty years later are just a couple of instances to illustrate the point.
Sadly the Government and the Minister are being led by the Department on this plan which is crucial to the future development of the country and they are not getting the best deal for the Irish people on a scheme that must benefit the entire commnunity. 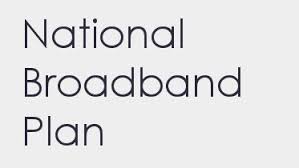