By Michael FitzmauriceFebruary 6, 2017No Comments

The latest figures on how Single Farm Payments are distributed ( for the year 2015) show the inequity in the system and a root and brach review is required as I requested should happen in the talks for the formation of a Government last year. The figures show what I have been saying all along that a small number of big farmers are hoovering up most of the money. The facts are that 20% of farmers are getting 80% of the payments. 80% of farmers get under 20,000 Euro while 60%  are getting under 10,000 Euro. At the otther end of the scale there are 261 farmers getting over 100,000 Euro.

I addressed the matter in the talks for Governmen last year and I am again asking the question are the Government, along with Fianna Fail and the farming organisations going to demand that a change in this system is brought about immediately? There should be an upper limit of 50,000 Euro for any single payment and the system should be front loaded to support the smaller farmer. I will once again by pursuing this matter until this unfair system is changed. At the moment it is skewed toward the big ranchers and that has to stop. 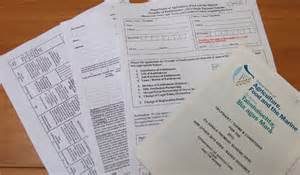