Setanta Insurance Situation Must Be Dealt With By Government Immediately

By Michael FitzmauriceSeptember 29, 2017No Comments

It has emerged that people who had policies with the failed Setanta Insurance company and who have been found to have been liable in cases taken against them could face huge costs as there is a shortfall between the amount that is available and the full cost of the award in the court.
There are Setanta Insurance customers who have been found to have been liable in cases taken against them who are now being sued for large sums of money because out of the amount of claims agreed in the courts, only 65% is available from the fund that is there to cover this scenario. The amount of money which will be available from the company itself is unsure as it is in liquidation, but is expected to be no more than 10% to 15% (and it might even be less) which leaves a shortfall. What is happenening now is that the injured parties are now suing the liable policy holders for the remainder of the money and in some cases the amounts of money involved are very large.
The Government must step in and deal with this situation immediately and introduce back dated legistlation if neseccary. Remember that the people I am talking about here had bought and paid for insurance in good faith and now they are facing huge financial bills and the worry involved. It also calls into question all insurance policies and how reliable they are. The question I would ask is are insurance policies worth the paper they are written on? In this case the answer to that question is certainly no. What has gone on here and the way these people have been treated is criminal and the Government must act with urgency to protect them. 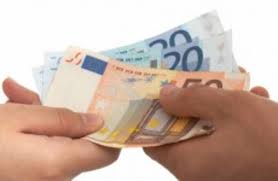