By Michael FitzmauriceJune 3, 2017No Comments

The decision of the cabinet on last Tuesday to designate Ireland West Airport at Knock as a Strategic Development Zone is a very welcome one, not only for the airport but for the Western Region in general, as the potential for development and job creation at the airport site is enormous. Every state agency and all the stakeholders must now work hard to ensure that the zone reaches it’s full potential in the years ahead.
This decision will secure the long-term development of Ireland West Airport Knock as well as attract enterprise to the area and the provision of further employment possibilities for the people of the Western Region. Strategic Development Zones were established in the year 2000 into the planning process. They enable Government to designate certain parcels of land for a fast track planning process and it is something that I have been proposing for the Knock Airport area for the past three years. I am now calling on Enterprise Ireland and the IDA to redouble their efforts to attract suitable projects to Knock Airport.
There was more good news for Knock Airport last week when it was revealed that 134,000 people used the airport in the first quarter of 2017 which is a 9% increase on the figures for 2016. I also welcome the news that three new directors have been appointed to the board of Knock Airport namely well known Roscommon businessman Sean Mulryan, Leitrim County Council chief executive Frank Curran and Galway County Council chief executive Kevin Kelly.
These are exciting times for Knock Airport and it should now be a hub for development in the Western Region and I will be putting pressure on the Government to ensure that this new Strategic Development Zone at the airport is fully developed to maximise the number of jobs that can be created into the future. 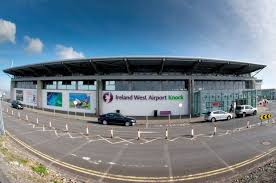