Scaremongering About Brexit Is Unhelpful

By Michael FitzmauriceJuly 3, 2017No Comments

Over the past week or so there has been some scaremongering going in with regard to the possible effects that Brexit will have on Irish Agriculture and it is unhelpful and in many cases inaccurate.
I have looked at this issue closely and the loss to Ireland would be in the region of 100 million Euro with regard to the Single Farm Payment. That shortfall can be easily made up by a suggestion that I have made frequently that a cap to 50,000 Euro should be applied to the big farmers, be they beef barons, oil sheiks or whoever they are, and that must be an all inclusive figure. In fact payments to smaller farmers could be increased if we were to impose that cap on payments. A far bigger threat is that of the eastern block countries who will be involved in the CAP discussions in 2020 and in my opinion that will be a much bigger threat to the EU Agri budget than Brexit. 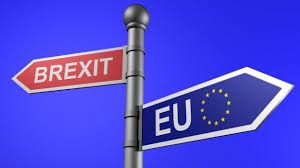