By Michael FitzmauriceJanuary 23, 2017No Comments

The launch of the Realising Our Rural Potential Plan today is welcome and any measures that will aid the development of rural Ireland are certainly most welcome but many of the commitments that are in today’s plan have been announced before and some of the measures have been announced a number of times. There are some glaring ommissions too and the figure of 60 million Euro extra to be spent on the plan over three years seems a very small figure.

There are some aspects to today’s plan which I welcome but a lot of what is included in today plans have been announced in the past. Commitments with regard to Leader, CAP, Job Schemes, Broadband, Mobile Phone Coverage, Flooding, Rates Relief and many others too have been made in the past and were included in the negotiations in the programme for Government of which I was a part. Today’s plan is also short of specifics as for instance, no figure has been put on what the size of the grants will be for the renovation of houses in rural areas mentioned in the plan. On the question of transport and infrastructure there is no specific mention of the plans to upgrade the N4 and N5 roads which are an ongoing concern in this region.

Very few of the commitments in this 70 page plan are costed. We have seen a multiplicity of these plans being unveiled over the years and they have never been followed through and the people of rural Ireland have been left high and dry as these plans gather dust. It is time that we had real action on the re- development of rural Ireland and not a constant re-hashing of plans that have been announced before several times. 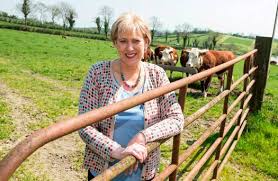