By Michael FitzmauriceNovember 15, 2016No Comments

The latest report on broadband speeds in Ireland underlines once again what I have been saying on this important issue over the past two years and it is costing investment and jobs that workers and businesses have to move to bigger towns and cities to get a proper broadband signal.

It comes as no surprise that Roscommon and Mayo are in the bottom five counties in the country with regard to broadband speeds with other rural areas down near the bottom of the list as well. To hear that this problem might be solved in the next five to six years is not good enough. The reality of life now is that a proper broadband service is no longer a luxury, it is essential to carry out any kind of business or work. Businesses are very reluctant to set up in rural areas with slow broadband speeds and who would blame them and when one sees in this report that the speeds in Dublin are up to 30 times faster is it any wonder that there is an divide between the East Coast and the rest of the country.

Rural people just want to be treated the same as those in Dublin and on the East Coast and to tell people that they may have a good broadband service by 2023 is just not good enough. It has to happen faster and I will be raising this issue this week with Minister Naughten. 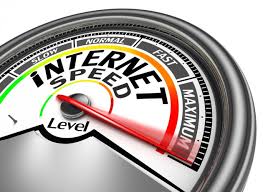