By Michael FitzmauriceJuly 16, 2017No Comments

There are still many unanswered questions about the National Broadband Scheme which need to be answered and issues that need to be highlighted. When I sat in with the Department at the time that Government formation talks were going on, they said by Christmas of 2016 we would have the tender process completed. At a meeting last week the Department have said that the process has been held up by those tendering for the job who have had several questions about the process. It was also stated by the department at that that they were weary that private operators were making all sorts of promises with regard to supply and that they were not going accept any more of that at that time.

Yet at the some time eir put in a bid to supply the 350,000 premises-mostly homes- in the fibre to the home scheme and that bid was accepted. It must also be remembered that most of those premises are in towns. The national broadband plan is still being negotiated and it has not gone out yet. But when you listen to the statistics we are being given they say 90% of the area will be completed by 2020. But when you drill down into the figures the remaining 10% will end up being in the region of 160,000 premises. We have not heard yet when those premises will be completed . It is also likely that the vast majority of those unconnected premises homes and business premises will be located in rural Ireland in remote locations.

I also brought up the issue of competition. If eir has all the towns and major villages covered in terms of infrastructure how can anyone else compete? I was told that eir is split up into two different parts and that they have to give fair play to all competitors. But then the following day it was very worrying to read that Comreg have raised question marks about eir having an unfair advantage and they have to answer that charge by September. A monopoly situation would be very dangerous in this regard and would have many negative implications in terms of prices and service.

There is also the situation where there are operators currently in the market offering services with regard to a broadband signals that will not be able to tender for the main job and I would be worried that there will be legal challenges in that regard. I fear that this whole situation is dragging on too long. The reality is that most homes and business premises are in towns and cities. With the best will in the world if they reach every target that they have set, only two thirds of the national broadband plan will be completed within the required time and those to miss out will most likely be in rural Ireland. Will this plan be like rural electrification where the first pole was put up in the 1940’s and the last one was not put up until 1979?” I also have concerns that we are spending huge money on a service that we will have no control over in the years to come. 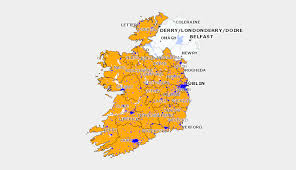