By Michael FitzmauriceAugust 5, 2017No Comments

There is widespread speculation that the price of diesel will rise in the budget due to an increase in Carbon Taxes and that situation is totally unjustified and another financial burden on ordinary people.

Less than a decade ago a Green Minister and the Government told the Irish people to buy fuel efficient diesel cars. Many people did just that, and in a lot of cases people are struggling to repay the finance on those cars even to this day. But now after doing what they were told by Government, they are being told that they will have to pay extra for diesel because of a hike in carbon taxes. It might be grand for someone living in the middle of Dublin City that does three or four thousand kilometers a year, but for someone who is living in the middle of the country and needs their car to travel to work every day and living on the average industrial wage or even a lot less, a big hike in diesel prices will have a huge effect on them.

We have heard over the past few weeks that the PSO levy on energy bills is to be increased by 30% and we have seen wind farms being sold off to fat cat industries from the Far East. Ministers are telling us about the need to have clean energy in the country which is grand but yet all they can do is hammer the ordinary people once again. Fianna Fail is propping up this Government and it will be interesting to see if they have got in under the same tent on this issue and allow this to happen without a word of protest. 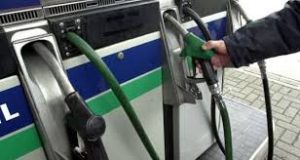