Positive Action Needed In Wake Of Job Losses In Ballaghaderreen

By Michael FitzmauriceApril 24, 2017No Comments

Following extensive work that I have done since the announcement that 38 jobs would be lost at the ECMI cigar manafacturers in Ballaghaderreen, there are a number of important points that should be remembered with regard to the closure of the the facility, the loss of jobs and what needs to be done in the future in the Ballaghaderreen and in other areas.

The employers ECMI seem to have explored every opportunity for the business and they do not see it as being viable on world stage. The tobacco industry is very competitive and the staff and a management of ECMI have done trojan work to keep the business going this far. We can complain endlessly about how terrible this news is this is and engage in political point scoring, or we can do something constructive, I would prefer to try and do something constructive.

I have contacted Enterprise Ireland, the IDA and the local authority in relation to establishing a task force for Ballaghaderreen to improve its fortunes. The local authority will take their lead from the jobs agencies in central government and support any good initiative that is established. Enterprise Ireland have confirmed they will meet with local groups and explore the range of supports they can make available to Ballaghaderreen. The IDA have confirmed their willingness to work with Enterprise Ireland in whatever way possible. And that while Ballaghaderreen is not a hotspot for Foreign Direct Investment, the skilled and experienced workforce can be profiled, and site and facility assessed and marketed to their existing and growing network.

A taskforce of this nature must be driven by local interests such as the Ballaghaderreen Chamber of Commerce, Town Team and so on. The Red Cross and Dept. of Justice too should be included as the newly established EROC (Emergency Reception and Orientation Centre) is now a significant element of the economic and social fabric of the town.

While an all oireachtas, bi-partisan meeting with the Department of Jobs, Enterprise and Innovation, and the various agencies thereof will certainly stress the need for investment and resource to be allocated to Ballaghaderreen to try improve the towns fortunes, unless their is follow up, we will likely end up no better off. It’s all about getting things done and preventing further job losses, growing back sustainable jobs and revitalising local and regional towns.

Other towns in urgent need of investment too need to be identified and invested in before its too late. Towns such as Boyle, Ballaghaderreen and Strokestown all have great potential for smaller scale FDI and domestic job growth. I would suggest that proactive task forces be facilitated in any locality where there are local stakeholders willing to drive their agenda. A framework for liaising with government agencies should be developed to ensure such task forces can be successful. 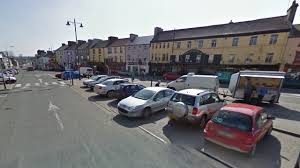