By Michael FitzmauriceOctober 25, 2017No Comments

A points system whereby people on the housing list would be allocated a house in an area where they may not want to live initially but would move there, and as a result they would be allocated points that would move them up the priority list when a house does become available in their area should be tried as a measure to help allieviate the crisis that exists in the sector at the moment.
This is not the first time I made this proposal, and we have to think outside the box on this issue and try everything we can to ease the situation. Everyone knows that houses cannot appear overnight but we have to speed things up. The Department and councils around the country are strong on policy and planning but are weak in terms of the actual delivery of houses. We have to set up an agency or small body with expertise in this area to drive the building of houses​ around the country. It is something that would not cost a lot of money but would make sense,
I have also proposed in the past that third level colleges around the country should borrow to build student accommodation on their own land which would be self-financing and would ease the burden on the rental market in towns and cities around the country. I welcome the news that NUI Galway have announced that have borrowed money for that purpose this week and I would urge that other third level institutions do the same thing. 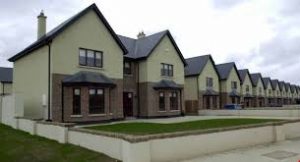