By Michael FitzmauriceSeptember 7, 2017No Comments

While I wecome the decision by the Government to refund the people who paid their water bills, the many people in rural areas on Group Water Schemes are forgotten about once again and are being treated differently to everyone else in the system.
It is right that the Government refund the water charges to those who paid them but the reality is that the many people who are on Group Water Schemes in rural areas are not recieving an adequate subvention to cover the cost of the water that is supplied to their homes. In almost all cases groups of people in rural areas got together to arrange their own water supply and their action have saved the Government hundreds of millions of euro over the years. In addition, people with their own septic tanks have seen costs of between 10,000 and 15,000 euro in recent years to upgrade their facilities to comply with legislation.
Over the next number of weeks I will be embarking on an intense campaign to raise awareness of the plight of those on Group Water Schemes and how they are being treated like second class citizens. I will be seeking an extra subvention of at least 100 euro per house for these people to bring them in line with how everyone else in the system is treated.
There are many Independent members of the Government who come from rural areas and I am calling on them to stand up and be counted on this issue and support the people who voted for them. The Government obviously feel that the 100 Euro which was given for conservation purposes to those who paid their charges is not being taken into account in the refund process, which is surprising to say the least.
We now have a situation where many people in rural areas on Group Water Schemes, who are playing for their own water supply, are getting up every day and going to work and their taxes are paying for water and sewage services to big towns and cities. It is double taxation and is grossly unfair. 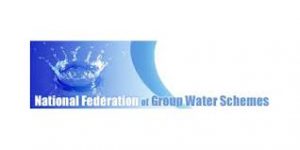