New Garda Commissioner Must Come From Outside

By Michael FitzmauriceSeptember 11, 2017No Comments

It was inevitable that the Garda Commisioner Noirin O’ Sullivan would have to step down following recent controversies and a total clear out at the top of the organisation is now needed and a new administration must be put in place to restore confidence in the force.
The vast majority of Gardai are great people who are totally dedicated to their jobs and protecting the community, and it is a terrible pity that they have gone through such a torrid time in recent years with scandal after scandal emerging. What is needed now is a total change at the top in the organisation and a new administration in the force. The next Commissioner must come from outside as anyone appointed from inside would face the same problems as Noirin O’Sullivan. It is now time for someone suitably qualified who has never been associated with the Garda force or the system be apppointed. Then in time the force can appoint from within when confidence is restored. I made this call after the resignation of Martin Callinan and I am still strongly of that opinion.
The many fine, honest, and honourable people in the Gardai who do their job effeciently and effectively every day deserve a leaderhip that is completely apart from the kind of controversies that we have seen over the past three or four years. We need confidence in the Gardai and that can be achieved to the benefit of the Gardai themselves and the community which they serve. 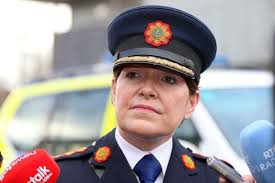