By Michael FitzmauriceJuly 12, 2017No Comments

A major all purpose sports stadium which would be able to host big GAA, Rugby and Soccer games and would also host major concerts and would also have a state of the art conference centre should be built in the West of Ireland and there are a number of sites close to Galway City that would be suitable.
In the run up to the World Cup we have magnificent facilities around the country when you look at The Aviva, Croke Park, Pairc Ui Caoimh and the plans for Casement Park in Belfast. I know that McHale Park in Castlebar and Pearse Stadium are on the list to host games in the World Cup but everyone knows the traffic problems that exist especially with regard to Pearse Stadium which is unsuitable for hosting big games. The West of Ireland needs a major sports stadium which could host major sporting events like big GAA games, Rugby and Soccer internationals and other major events like concerts. I would also like to see a state of the art conference centre located at the stadium too. The facility would also create a lot of employment when under construction and when in operation.
The Galway City area would be the best venue for such a stadium with hotel accommodation a vital factor and there are a number of suitable sites where this stadium could be built where the traffic problems could be easily dealt with. With major events certain to be held in all other areas of the country in the coming years it is very important that the West is included and I will be following up this proposal with a number of meetings over the next few weeks. There will be major sports tourism associated with the World Cup in 2023 and the West of Ireland deserves to be included in that as well. This idea has been very well received so far and I have been very encouraged by the initial response. 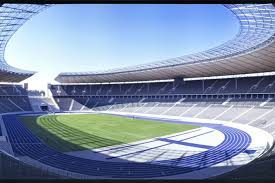