National Planning Framework Draft Document Should Be Thrown In The Bin

By Michael FitzmauriceOctober 26, 2017No Comments

The National Planning Framework Draft that was published today has totally ignored the submissions made by people like myself and to me it is anti-rural and does absolutely nothing for rural communities and people who live outside the mmain cities and urban areas.
At the launch of this initiative which I attended in Sligo, Minister Simon Coveney urged people to make submissions. I organised public meetings in Donegal, Sligo, Cavan, Leitrim, Roscommon, Sligo and Galway because I wanted to hear what people had to say and what was needed in rural areas. I put together a detailed submission and not one thing in that submission was included. I was as well off if I had stayed at home.
For instance among the many proposals in that submission was that Sligo and Athlone be developed as major urban centres but there is no mention of that at all. In fact I note that county Roscommon is hardly mentioned at all either. What I would like to know is did the people who drew up this document travel past the M50? Why were the submissions of people like myself totally ignored?
Either we go back to the drawing board and start again on this plan or we forget about any kind of a national plan altogether because what is in this document does nothing for rural Ireland under so many headings. I have to say that I am extremely annoyed and frustrated at this document and I am asking the Minister and his Department to come up with a realistic National Planning Framework that includes all parts of Ireland and not just those living on top of each other in cities. The document they way it is now is a complete disaster and a waste of time. 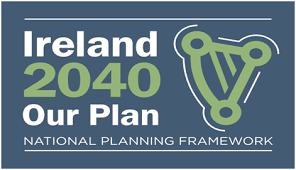