NAMA Not The Solution To Housing Crisis

By Michael FitzmauriceSeptember 15, 2017No Comments

The Comments from Taoiseach Leo Varadkar that NAMA can play a major role in the solving of the housing crisis are a sign that he seems not understand the role of NAMA and the fact that they have not built one house in their time in existence.
When we were all involved in the talks for the formation of a Government 18 months ago we were naively misled about the actual role of NAMA, but the facts are that the agency has not delivered one house built since it was set up. NAMA bought development land at up to 50% discount and offered that land to developers under a five year contract. They were repaid on a per-site basis as each house was built which is a good arrangement if there is no pressure to deliver housing. But the reality is that we need to deliver housing as soon as possible over the next 18 months to 2 years. Any expertse that NAMA may have in it’s ranks is certainly not in the actual delivery of built houses. In fact if NAMA’s role is expanded into building houses there is likely to be people in the agency working on both sides of the equation leading to duplicity and a waste of resources.
As I have said in recent weeks we need a small, tight, non political housing agency to address the problems in the sector and would be able to access loans internationally at less than 1%. The agency would be able to contract builders to construct houses nationwide and when completed sell those houses back to the local authorities. As I have laso said local authorites could still be responsible for standards and planning.
Expecting NAMA it to solve the housing crisis is not the way to go. 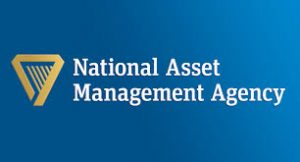