By Michael FitzmauriceFebruary 2, 2017No Comments

Those who critisised me and others for constantly banging the drum for rural Ireland and for highlighting the level of rural decline, and the need for serious and realistically funded rural re-generation will get their answer today when the “Ireland 2040” report is published. “Every single press release that I have sent out since being elected highlighting rural issues and the need for rural regeneration will be highlighted today.

According to what we read this morning over  half the economic activity in the country is now going on in the Dublin area with rural areas becoming more isolated with every passing year. If the present trends continue Dublin and the East Coast area will have 75% of the population in the next 20 years with large parts of rural Ireland being completley ignored and left to decay. Plans like the one we saw launched last week are not worth the paper they are written on if Governments do not engage in a realistic and properly funded programme of balanced regional development.

In every area of economic development like public transport, broadband, health services, roads and infrastructure,housing and agriculture, the Government need to produce a realistic plan or Dublin will end up comsuming the rest of the country. If the present trend continues there will be more and more commuting to Dubin as people search for work leading to even more congestion. More people will leave from rural areas to live on the East Coast, and in turn it will lead to rural villages and towns dying on their feet with the isolation of the elderly and others left in rural Ireland increasing.

Dublin, and to a lesser extant Cork, Limerick, Galway and Waterford are growing and prospering but if you draw a line down the centre of the country, most areas west of that line are suffering. People might critisise rural politicians and they are entitled to their view but if the reports that we see this morning are correct and that 75% of the population ends up on the East Cost in the future, then rural Ireland is dead.

It is time that all the stakeholders now sit down once and for all and plan a way forward that is realistic and that will work for everyone both in Dublin and in the regions. Rural Ireland is in danger of disappearing and this report will demonstrate that. Dublin has a major role to play in the overall economic picture but a balance must be struck and we have to fight as hard as we can to support rural Ireland so it can recover and propser into the future 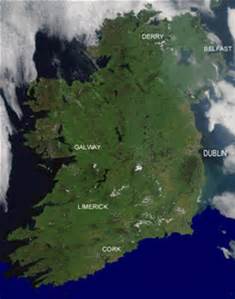