Motor Tax Increases Would Be Unfair

By Michael FitzmauriceSeptember 26, 2017No Comments

There is much speculation in recent days about the Government increasing the tax on diesel vehicles in a move towards lower emisson vehicles in the Budget, but any such course of action would be very unfair and would affect a lot of ordinary people in rural Ireland who rely on their cars to go about their daily lives.
Back in 2010 the Government of the time which included the Green Party lowered motor tax rates to incentivise people to buy diesel vehicles and now just seven years later the people are being told to get out of using diesel in a complete u-turn. In many cases people are still paying back for the vehicles that they bought at that time as they were told, and now they are being penalised which is extremely unfair.
We have heard a lot of hot air about lower income tax rates in the forthcoming Budget in recent weeks and the experts are all agreed that it will represent less than the value of a pint of beer a week extra to taxpayers. With increases in the PSO levy and now increases in motor tax any small benefit will quickly be swallowed up.
Once again the people who need their cars and vehicles to go about their daily lives are being forgotten about, and who is to say that the Government will not go in a completely different direction again in five years time time in relation to motor tax and other matters. 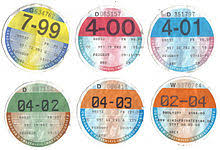