By Michael FitzmauriceJanuary 25, 2017No Comments

I have today raised concerns with the CPSU for what looks like A complete lack of engagement with their membership relating to the merger of the Staff Officer grade and Executive Officer grade in the civil service.

For years Staff Officers have been doing the same work as Executive Officers but have been on a lower pay grade. This is completely at odds with the ideal of equal pay for equal work. The difference in pay is not a significant increase and for those affected it is, in reality, a matter of principle over anything else.

I have been contacted by a number of constituents over the last few weeks in relation to this matter. They are Staff Officers who feel their union have not been engaging with them in a transparent manner. The grade merger was meant to have come into effect in 2014 as part of the Haddington Road Agreement. It was then mooted for the 1st of January this year. The union has been negotiating on behalf of members but to date the merger of the grades has not taken place. Some in the union fear that the CPSU are not interested in securing a deal in a timely manner as it would mean the CPSU losing hundreds of members.

I have written to the Minister for Public Expenditure and Reform to clarify the position of the Department in these negotiations and am awaiting a formal response setting out the Departments position. In particular, I am interested to know who is representing the interests of Staff Officers who are not members of the CPSU and if there is any consideration being given to how this move affects these employees.

The Civil Service is in need of reform and the merger of these roles, which has now been put off on three occasions, is a step in the right direction. The top heavy nature of Civil Service means that lower paid workers are going without representation. I understand that the union members were recently balloted and as a result are now going to arbitration. This move came, I understand, on foot of advise from the union that should arbitration not be chosen, that the department might pull the deal completely, the department have not yet responded to my query in this regard. I have sought clarity in this regard from the Department because those who I have spoken to are quite happy to go ahead with the merger without further delays. 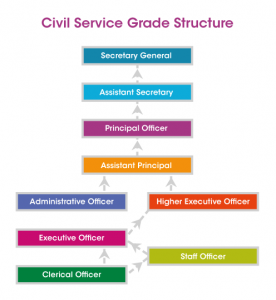