By Michael FitzmauriceMarch 15, 2017No Comments

Minister Shane Ross is taking the wrong approach on drink-driving issue by giving out about rural TD’s who do not agree with him.

This week on the issue of drink-driving Minister Shane Ross said that TD’s were bowing to the wishes of the vintners. It is not the vintners or anyone else who are twisting our arms, we have our own minds when it comes to this and other issues. Unfortunately Minister Ross has moved away from the issue of Garda numbers as being the main problem. Even if the drink driving levels were set at zero, it is the lack of Gardai out on the beat and on the roads that is the problem. The numbers are down by over 3,000 in recent years and that means that these problems are not being policed properly.

Another major cause of serious accidents, especially in rural areas are defective roads but we have heard no announcements of funding to carry our repairs on these dangerous roads. If Minister Ross is serious about saving lives on our roads, and I presume he is, there are better ways with better results that he can achieve this rather than the way he is going at the moment. He seems to be on a mission to make people feel guilty for expressing their opinion. It might be more in his line to sort out the problems at Bus Eireann and secure a proper budget for the repair of the roads and these things would have far more of a positive impact on the situation and on rural Ireland in particular. 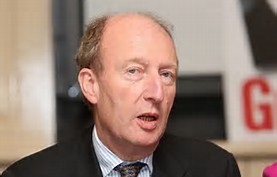