By Michael FitzmauriceMay 31, 2017No Comments

Today it was announced by the Government and Minister Michael Noonan that they are to proceed with the sale of 25% of AIB Bank despite the Dail passing a motion two weeks ago to oppose any such sale until a guarantee could be secured that the funds from any such sale should be spent on infrastructure. The action hy the Government today begs the question what are we doing putting down motions and spending time debating them in the Dail if the Government ignores them anyway? It means in effect that the will of the Dail and the elected representatives of the people are being completly blanked by the Government which is very disheartening and undemocratic.

In light of this action today it would be better for public representatives to stay in their constituencies and work on behalf of the people rather than wasting their time travelling to Dublin and putting down motions that will be ignored even if they are passed. Real Dail reform will have to take place if this unsatisfactory situation is to change anytime soon. The way things stand it’s a farce. 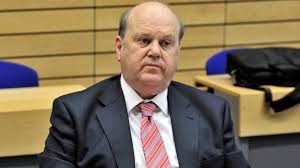