Minister Creed Should Seek To Ban All Food Imports From Brazil

By Michael FitzmauriceMarch 20, 2017No Comments

I am today calling on Agriculture Minister Michael Creed to call an emergency meeting of EU Ministers to impliment an immediate ban of Brazilian beef and other food products following shocking weekend revelations on the BBC about the alleged behaviour of Brazilian beef and poultry exporters.

On Saturday the BBC reported that Brazil had been selling rotten beef and poultry products internationally for years. The vast majority of those exports go to the EU. This situation is so serious that three meat processing plants have been closed and another 21 are under investigation and 30 Government officials have been suspended so far. It is alleged that acid and other carcinogenic products were mixed with beef to alter products and that potatoes water and carboard were mixed with poultry products. These are absolutely shocking allegations and I am calling on Minuster Creed to call an immediate Council of Ministers meeting with a view to banning all food imports from Brazil into the EU until this situation is properly investigated and regularised.

The EU Agriculture Commissioner Phil Hogan also has a role here and as an Irish person he should know and realise just how serious this situation is and I am also calling on him to step to the mark on this very serious matter. Irish farmers are subject to so many strict EU regulations and constantly produce the highest standard of beef, poultry and other food products yet people in Brazil and other countries seem to be able to do as they please. Our Government and the EU much act immediately on this issue and I will be putting pressure on Minister Creed, the Government, Fianna Fail and all the other political parties to address this as a matter of the most extreme urgency. 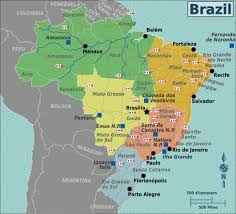