Many Problems Need To Be Addressed To Tackle Housing Crisis

By Michael FitzmauriceJune 23, 2017No Comments

The news that only 10% of the targeted number of social housing units to be build around the country have been completed so far this year is down principally to inefficiencies at the Department of the Environment and a huge amount of red tape associated with building social housing around the country.
I wish the new housing Minister Eoghan Murphy well in his new job but a lot of work will have to be done behind the scenes if the crisis in housing is to be tackled in a meaningful way. There is so much red tape and unnecessary rules and regulations involved that the pace of progress is painfully slow and unless that is tackled properly, and that building houses for those who need them is made easier, we will never solve the problem. Minister Murphy will also have to address the problems that exist in the Department of the Environment which are also holding up progress in this sector.
There are currently 91,600 people on the waiting list for social housing nationwide. In 2016 there were 665 social housing units built and this year the figure is 200 units so far. If that slow rate of completions remain it will take over 130 years to clear the backlog which a fairly depressing statistic. Clearly this is a situation that cannot be allowed to continue and Minister Murphy must tackle all aspects of this problem at all levels if he wants to make any progress. 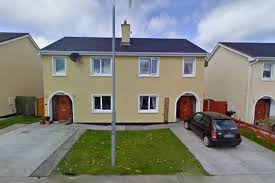