By Michael FitzmauriceNovember 30, 2016No Comments

There are many aspects to the current water debate including the need for those on Group Water Schemes to be treated fairly.

In relation to the report of the Commission on Water Charges, the first thing I’d say is that I am glad that this debate is now out in the open. I would also say it is unfortunate that the people in Group Water Schemes are not accounted for in this debate, and a battle has to be fought to ensure that these people are not paying on the double for their water. I will be highlighting this issue over the coming days.

With regard to domestic water charges in general I have said from day one that you give people a fair allowance and if people are wasting water they will have to pay for it. I have also always said that we should have a referendum to ensure that the ownership of water must remain in public hands. If those things were done from day one we would not be in the mess we are in today. I have always believed that regardless of how water is paid for that meters should be installed because that’s how you fix leaks. I know that because I fix the leaks on our own group water scheme and in our case we reduced the consumption from 900m3 to 375m3 through the use of meters.

I believe also that you need one regulatory body to deal with water. Whatever they are called makes no difference but we need one body to look after it. In the case of the West the water in the future will be coming from three or four main sources where the proper machinery will be put in to make it more effecient to deliver a proper clean supply.In this whole debate we have forgotten to talk about sewage which actually costs more to treat than to produce water. The reality is that Ireland will need over 1 billion Euro per year to deal with water services over the next ten years. We will get 200 million Euro from rates and commercial water rates so you can see the gap financially. People will say correctly that this money comes from taxation but we have to face up to the reality that those funds will have to be put aside to deal with water.

Politicians must be open and honest with people. They cannot promise that they have money for everything when there is funding needed for vital infrastructure like water. There is only so much money in the pot and we have to remember that. 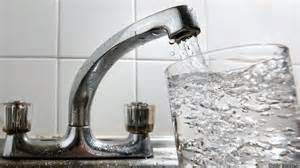