Machines On The Ground Needed Now To Prevent Flooding This Winter

By Michael FitzmauriceNovember 16, 2016No Comments

The time for reports and surveys on flooding problems is over. It’s time for action and machines on the ground is what is needed now is what I said on Prime Time on Tuesday night and I am repeating that again today.

The meetings and the reports should be over now. There are 66 pinch points on the Shannon that need to be addressed. This will not solve the problems everywhere but it would be a solid start and that work could start right away. The levels on Lough Allen have to be dropped to under navigation level. At the moment the levels of water are a foot above navigation level on Lough Allen. We have also identified a major problem on the Shannon over the past couple of days between Roosky and Tarmonbarry as water is two foot six inches higher there than any other part, so obviously there is a major blockage in that area so work on the Shannon must begin immediately.

With regard to the turloughs in Roscommon and Galway, it is overflow pipes that are needed and we want to see machines on the ground and pipes and that will solve the problem. With regard to pumping equipment I am aware that Roscommon County Council have sent people to the UK to look at state of the art equipment there and I also know that there is even more up to date pumping equipment available now in the USA.

In South Galway the problems there are easy enough to solve if machines were put in on the ground now. The cost benefit analysis is the problem and I have to acknowledge that Minister Canney has given me an undertaking that he will address that situation because we have not taken into consideration slatted sheds being flooded and the environmental damage that is causing and that that issue and others will have to be addressed. 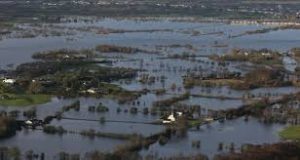 Flooding on the Shannon