By Michael FitzmauriceOctober 8, 2017No Comments

There is speculation in the media over the weekend that the Government are about to increase the price of diesel in the Budget this week and I am once again asking the question, will Fianna Fail support another stealth tax that will affect rural people in particular?
I want to be very clear in this issue, If the price of diesel is increased in the Budget as a result of carbon tax increases, the price of every single product we use will go up too as every lorry in the country that bring goods around use diesel. In addition most people in rural Ireland who drive to work use diesel vehicles as public transport is not available in most rural areas.
It would be astonishing if Fianna Fail, the party who say they are standing up for middle Ireland, and who are negotiating with the Government on the Budget this week, allow the Government to raise the price of diesel in the Budget. In case the Government or Fianna Fail do not understand, there are many people in rural Ireland who have not seen any benefit from the so called recovery. It would be grossly unfair to give these people another kick in the teeth and I certainly would be hoping that this does not happen. 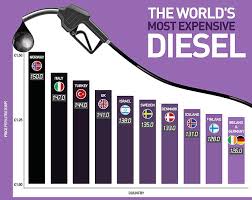