HSE Face Many More Problems Than Outlined By Tony O’Brien

By Michael FitzmauriceJuly 24, 2017No Comments

The interview in the national media over the weekend with the HSE chief Tony O’Brien is softening people up ahead of more severe cutbacks in services across the country particularly with regard to A and E units and at acute hospitals.

Mr O’Brien says that the only way forward is to develop centres of excellence around the country which is an admirable ambition, but we were told when Roscommon A and E was closed that UCHG would become a centre of excellence. Then less than two years later the then Taoiseach Enda Kenny said that the A and E unit in Galway was not fit for purpose and we have seen the massive problems associated with UCHG in recent months in terms of people on trolleys, access and other problems. There isn’t much point talking about closing other services while this situation exists.

Mr O’Brien says that we must move toward primary care and to looking after people in their own homes and that would be the ideal scenario but every week of the year I am dealing with constituents who cannot access home care packages which would keep them out of hospital. It is easy to call for changes to be made but the funding must be put in place to look after people in their own homes. Mr O’Brien is in his position since 2012 and surely he must realise that there are huge challenges that have to be met before any of what he proposed is put in place.

We have also the situation that exists with regard to mental health services which are in disarray throughout the country, There are many problems in the health service but there are also many problems with the HSE with regard to lack of accountability and an organisation that is top heavy with administrators and managers and that front line staff and patients are often forgotten about.

There was also a requirement of the HSE to carry out a feasibility study into the operation of the air ambulance service that included in the agreed Programme for Government to investigate the possibility that it be able to operate 7 days a week night and day but that has not yet been carried out. In addition the HSE have stalled and dithered on a new GP contract in the knowledge that there is a chronic shortage of GP’s throughout the country. If Mr O’Brien wants to have a go at politicians that’s fine. but he must address all the problems facing his organisation which are many. 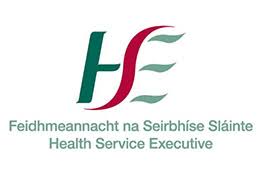