By Michael FitzmauriceApril 8, 2017No Comments

Once again I am releasing a statement after another huge rise in hospital waiting lists with 15,000 more people added to the lists in March alone. It underlines once again that Minister Harris and the Government are unable to address this crisis and again I am calling for a massive effort to tackle this problem once and for all before it is out of control altogether.

The Taoiseach and all his Ministers need to prioritise the huge problems that we have in this country with regard to housing and homelessness, crime, health and education and they need to concentrate their efforts and rescouces on these vital areas instead of wasting money on things like climate change and wind energy. The facts are that at the end of March there were 658,677 people on hospital waiting lists around the country which is a staggering figure. The lists have grown by 100,000 in the year since the Government has been in office alone and it is clear that Minister Harris and the HSE are not capable of tackling this crisis despite his many fine speeches and tours of the country.

We have proposals this week from a Dail Committee on the Future of Healthcare to abolish tax relief on private health insurance subscriptions. This would mean a huge increase in premiums and would lead to thousands of people abandoning private health insurance because they could not afford it and that will add even more numbers to the waiting lists. That proposal makes absolutely no sense whatsoever and it will only add to the problems that we have at the moment. It’s time that politicians copped on and realised that our people deserve a proper functioning health service.

I have sent out more press releases on this issue than any other since I have been elected and yet the situation gets worse every month. Until the Government as whole from the Taoiseach down sit down and take this crisis seriously the figures will continue to spiral out of control and that is a depressing prospect. 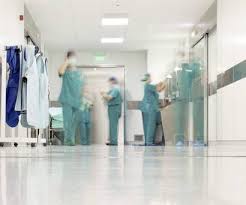