Hospital Chaos Must Be Stopped

By Michael FitzmauriceDecember 19, 2016No Comments

The chaos that exists in our hospitals must be tackled immediately before the whole system breaks down altogether, Some patients are being treated appallingly at the moment.

I know that I raised this matter in the past two weeks but this week I have another case of a constituent who had his operation cancelled at short notice twice in recent weeks. He was notified to attend for his operation again last week at UCHG. He was once again told that the operation was cancelled however he went to the hospital anyway as he was very ill. This man waited almost three days to get a bed which he eventually got on Thursday night. He was still in the hospital bed on Monday evening of this week and still awaiting his surgery. The proceedure would require this man to stay in hospital a maximum of two days and already he is a week waiting to be treated, If he was treated as arranged he would have been out of hospital last Wednesday. Apart from the most important fact that this is no way to treat anyone, it is a total waste of rescouces to have a bed being taken up while he awaits surgery.
This is the kind of chaos that reigns in our hospital system and one of the reasons why the A and E departments are clogged up every day of the week. Surely it is possible to ensure that when patients are told to attend for surgery that it takes place on time and the patient is allowed to go home on schedule. Minister Harris must sort out this chaotic system and once again this week I will be putting in question to the Minister about this farcical situation. We simply cannot continue to treat people in this way. 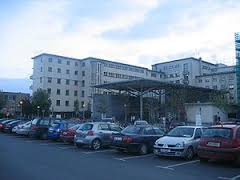