By Michael FitzmauriceDecember 14, 2016No Comments

The latest news this week that there were 541 patients on hospital trolleys around the country on Tuesday and that almost 200 hospital beds have been closed because of staff shortages is the latest in a litany of disasters in our health services and it is now time that the Government declared a national emergency in our health services.

There have been so many well meaning plans including the current winter initiative announced over the past few years but they are simply not working. We are spending more than we ever did before on the health service with almost one euro in every four collected in taxes in the country now going on health and the service is getting worse. The HSE is out of control and despite all the plans being announced to allieviate the situation it is the ordinary patients who are suffering. Lives will be lost for sure if the current sutuation drags on and and gets worse. It is a national crisis and the Government should declare that to be a fact.

Incentives to bring nurses home do not seem to have worked and with regard to doctors it costs the state a huge amount of money to educate them and theere should be a clause that they must work in the Irish health service for a certain number of years when they qualify. We have got to think outside the box and try everything to address the situation and be ruthless about it because it is people’s lives that we are talking about here. Another toothless plan will not be good enough and it is time that all the stakeholders sat down and put the patients first for a change. The situation as it is at the moment simply cannot continue, When lives are lost it is too late then. 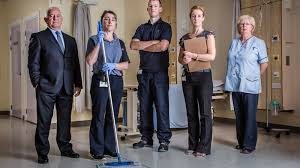