Group Water Schemes And Other Considerations Needed In Water Policy

By Michael FitzmauriceJuly 19, 2017No Comments
The news that water charges are to be refunded to those who paid was inevitable and is welcome but consideration will also have to be given to people who are on Group Water Schemes, those who are using their own wells and who have had to upgrade their septic tanks and sewage  facilities.
The refund to those who have paid is welcome but there are many people who are on Group Water Schemes and who have their own wells who must be considered by the Government as they consider the water supply situation. People who have their own septic tanks in rural Ireland have not been properly considered by successive Governments and many people have had to endure huge costs to comply with the legislation in this area.

I am once again calling on the Government and the Minister to announce an increase in the subvention to Group Water Schemes by at least 100 Euro per house. If the constitution says that every citizen should be treated equally then that is the minimum that people living in rural areas and who are paying for their water for many years should expect. Similarly, people in towns and cities will have a free sewage system and I  am proposing that the Government to announce a scheme wherby the repair and upgrade of septic tanks are funded out of central funds as well.

The system as it stands with regard to septic tanks is grossly unfair and it only covers about 5% of what is required. The average cost of repair and upgrade for a septic tank is twelve to fifteen thousand Euro. If the Government  are now saying that they will fund the water and sewage out of general taxation and that those who have paid water charges will get that money back, they can afford to fund septic tank repairs and upgrades, and to fund Group Water Schemes properly. 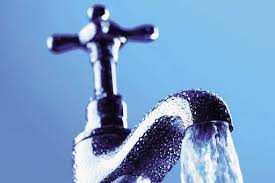