By Michael FitzmauriceSeptember 6, 2017No Comments

Fears that I have raised consistently about the delivery and cost of the Rural Broadband Scheme and which were dismissed as scaremongering are being realised with today’s news that the cost of the plan could rise by up to 60% because of the deal done with Eir.
Several times I raised the dominant position of Eir in the market and now the decision to award them the installation of the first 300,000 homes will result in higher costs for the other providers who will tender for the remaining 550,000 houses who, we are told, will require an extra 10 to 15% of a subsidy to carry out their work. This, according to today’s news, will result in much higher costs and a further delay in the roll out of the scheme to 2023 and even longer.
A proper broadband service is critical not alone for businesses but for farmers and members of the public, and news of this latest delay and a huge hike in costs is very dissappointing, Once again it is the taxpayers who have to fund this latest hike in costs and in the meantime people in rural areas will face further delays in accessing an adequate broadband service. 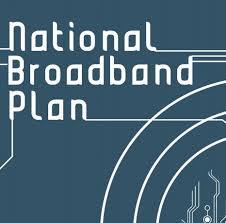