By Michael FitzmauriceJanuary 13, 2017No Comments

Grain farmers who incurred unprecedented and disastrous losses in 2016 have not yet been compensated, and ahead of a protest outside Dail Eireann next Wednesday, I am once again calling for a realistic compensation package to be put in place by the Government. If that is not forthcoming Fianna Fail should withdraw their support for the Government.

I made the call for a compensation package last October following the very bad weather in August and September and here we are in January 2017 and nothing has been done. Farmers in counties Clare. Galway, Cork, Donegal, Kerry, Mayo, Meath, Roscommon and Tipperary have all been affected and the loss to the tillage sector in 2016 has been in the region of 50 million Euro. The rainfall for August and September was up to 40% more than usual and Teagasc figures show that some tillage farmers lost up to 450 Euro per hectare in 2016 with crop losses running over 50% in some cases. It’s a crisis stuation and the Government and the EU do not seem to realise it.

Many tillage farmers have recieved no income and have incurred significant debt over the past few months and they will not recover unless there is a realistic compensation package put in place. Once again the EU have abandoned Irish farmers with Commissioner Hogan ruling out any EU compensation package before Christmas which is scandalous.

Fianna Fail have now jumped on the band wagon with a private members motion next week and we have seen in the past how ineffective that these motions have been. I have been in the Dail for over two years and while there might be some kind of a feel good factor for Fianna Fail to ease their consience when they bring forward these motions,nothing ever happens. Motion after motion like this have been brought in to zero effect. What has happened with regard to the forgotten farmers and with regard to CAP? Nothing is the answer. We have had motions with regard to the turfcutters and Roscommon Hospital in the past which have achieved absolutely nothing. Fianna Fail must now act in a meaningful way and hold the Government to account.

It is time that Fianna Fail stopped talking out of the two sides of their mouth and took action for once and for all. I am calling on them to withdraw their support for the Government unless there is a realistic emergency aid package for grain farmers and if they do that I will vote with them. Private members motions are merely window dressing and a cop out and will achieve nothing. We have seen that so many times in the past. Tillage farmers must get a realistic compensation package this week and I am calling on Fianna Fail to step up to the plate once and for all or pull the plug. There can be no further delay on this issue. 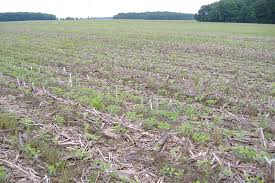