Fianna Fail and Fine Gael Doing Nothing For Farmers

By Michael FitzmauriceFebruary 20, 2017No Comments

I note that Fianna Fail spokesman for Agriculture Charlie McConalogue has accused Minister Michael Creed of kicking any tillage aid package to touch accusing Fine Gael of not caring about farmers. While it is true that the Government have done nothing for tillage farmers it is rich coming from a party who are propping up the Government and keeping them in power.

In the programme for Government there were commitments given on many issues of concern to farmers but almost all  have been ignored since the Government took office. There are problems with ANC’s, the tillage sector, single farm payments, Glas,The Appeals Board, Mats for Slats and the Forgotten Farmer to name just a few issues that have been totally ignored.

Deputy McConalogue claims that Fine Gael, and I quote- “don’t care about farmers” If that’s the case then why don’t they vote against the Government. They had a chance last week to pull the plug and they didn’t do it. It is a disgrace that nothing has been done to aid tillage farmers surely but there is no point in Deputy McConalogue and Fianna Fail crying crocodile tears for farmers when his party continue to support Minister Creed and the Government who are doing nothing to help the farming community. 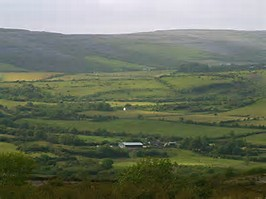