Every Effort Must Be Made To Solve Bus Eireann Strike

By Michael FitzmauriceMarch 23, 2017No Comments

Every effort must be made to solve the very serious strike which is due to go ahead at Bus Eireann from Thursday night at 12 midnight and the Minister and the Government must be ready to assist as well.

As in all disputes flexibility must be demonstrated on both sides and it is my view that the company need to extend an olive branch and show that they are willing to listen to what the unions have to say. Both sides must sit down to talk immediately and if an agreed mediator is needed then let one be appointed without delay. If this dispute goes ahead many people, especially those in rural Ireland will be stranded and we do not want to see that happening. Minister Shane Ross, Taoiseach Enda Kenny and the Government must intervene if nesseccary to solve this potentially very serious and costly strike before it affects the economy of the country and other public transport services.

The time for action from the Government is now and not after a few weeks when both sides have become entrenched and the dispute is much more difficult to solve. 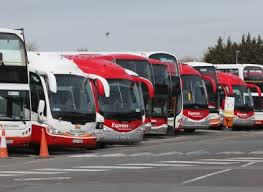