By Michael FitzmauriceMay 22, 2017No Comments

The EU today directed that the Irish Government should use any money recieved from the sale of assets such as Allied Irish Banks to pay off the national debt and their observation that Ireland will have to regularise it’s mortgage debt programme down to the EU average could see many hundreds and even thousands of people who are in mortgage arrears being put out of their homes.

It is ironic that the Government were beaten on a vote on this very issue in the Dail last week and now the EU has directed that any funds that come from the sale of assets like shares in AIB should be used to pay off the national debt rather than invest in infrastructure. This is needless interference by the EU in the economic affairs of the country once again. The ordinary taxpayers of the country paid to bail out these banks and we all know that there are many infrastructural projects that need to be provided in so many areas like health, education, water servces, transport, roads and other projects and we will have to borrow to fund these projects which doesn’t make sense when there are funds available from the sale of these assets.

Even more worrying are the comments from the EU that Ireland must reduce their level of non performing household loans which is currently at 14.5% to the EU average of 5.3%. If that policy is pursued then many people who are in mortgage arrears will by put out of their homes to satisfy the EU. This interference in Irish economic affairs from the EU is not only wrong it is unfair and another penalty on our citizens. I ask the question- are Leo or Simon and their Government with the co-operation of Fianna Fail, going to stand up to the EU and demand that we be allowed to run our affairs with the interests of our people our top priority. 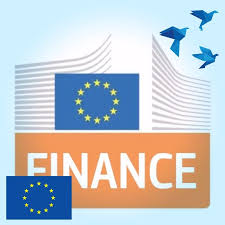