EU Direct Payment Syatem Is An Abomination And Must Be Changed

By Michael FitzmauriceMay 31, 2017No Comments

Figures released today by Teagasc detailing how much farmers recieved in direct payments in 2016 show how unbalanced and unfair the system is and I ask the question today, how long are the Government, Fianna Fail who are supporting them, and the major farming organisations going to stand by and allow this disgraceful and unfair system to remain the way it is?

This report is stomach churning when you realise that the biggest payment to any one farmer was made to Larry Goodman who recieved almost half a million Euro, An Bord Bia collected 2.28 million whle Sheikh Mohammad Al Maktoum got 156,000 Euro and Godolphin Racing got 156,000 Euro. I could go on and on with more examples and this is happening at the same time as the “Forgotten Farmer” situation remains unresolved. A couple of these outlandish payments would have settled that issue in total.

How long are the Government, Fianna Fail and the major farming orgmnisations going to stand idly by and allow this to happen every single year or are they going to come out once and for all and declare that a maximum payment of 50,000 Euro should be imposed on any one farmer in a year. When people read these enormous figures it gives the impression that all farmers are cleaning up on the back of EU payments and nothing could be further from the truth. These massive payments at the top of the scale have got nothing to do with a farmer in the West of Ireland with 10 or 20 cows who is struggling to make ends meet and who might get a couple of thousand of a payment from the EU. These payments at the top of the list are being made to big commercial concerns who are making huge profits already and the system is unfair and unbalanced and totally skewed in favour of the big operators.

Are people going to keep voting in politicians who continue to support a system where the big ranchers and billionaires are supported with huge pay outs while the small family farms continue to struggle. It is time that this sutiation changed it is time that the politicians the IFA and the other farm orgainsatons come out and tell us where they stand on this issue and whether they support the status quo where the rich get richer and the poor are left to struggle. 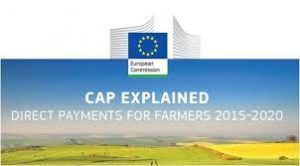