EPP Proposal On CAP Must Not Be Entertained

By Michael FitzmauriceOctober 10, 2017No Comments

It has emerged that a proposal by the EPP (European People’s Party) which is supported by FineGael, would put back the negotiations on the CAP to 2023 because of Brexit is a worrying development,

This is a proposal that I hope will be objected to by all the other groups in the European Parliment because whether the UK are in Europe or not it is worth about 100 million Euro to Ireland per annum. We are now a net contributor to Europe and I would ask the question do we want to continue to see the big farmers continue on the gravy train to the detriment of other smaller farmers?

I hope that this issue is picked up by other politicians in Europe and here in Ireland and I also hope that within the EPP which would include the Fine Gael MEP’s would stand up and ensure that this proposal be blocked from being agreed or implimented. 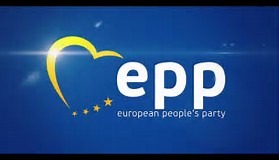