By Michael FitzmauriceSeptember 21, 2017No Comments

The news today that Eir intend to hike the prices that they charge to over 500,000 people nationwide is very disappointing and it is hard not to come to the conclusion that the company are exploiting their dominant position in the market place to maximise it’s profits.

These latest price hikes are a cynical move by Eir to exploit the loyalty of many of it’s customers who have been with them for many decades as it was the origonal state telecoms provider. It is well known that very many people, including the elderly do not switch switch providers and will just pay the increases.

Many people in rural areas particularly elderly people depend on their land line for phone alerts, for keeping in contact with family and friends and for the operation of house alarms and security systems, and remember that this is the second price rise from Eir within the past 12 months. With regard to broadband, it is now an essential service and the major companies seem to be of the opinion that they can increase their prices regularly. Broadband is now an essential requirement in almost every home and business in the country. Comreg have reported that Ireland is already one of the most expensive countries for broadband so these latest price rises are unwelcome in the extreme.

With the budget on the way the public are being hit with prices rises on an almost daily baisis now and any small benefit that might accrue as a result of increases in social welfare or small income tax reductions will be more than swallowed up by these price rises. In the recent past we have seen huge increases announced in the PSO Levy, there is a new levy on the disposal for car tyres, the Eir increases announced today and many other services that are rising in price. The reality for most people now is that they will be a lot worse off this year, and not better off as we are been told by the Government. 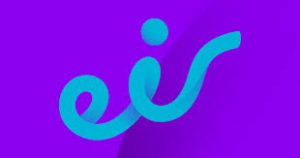