Don’t Use Ireland As Guinea Pig On Brexit Vote Plan

By Michael FitzmauriceDecember 12, 2016No Comments

Plans by a group of British Lawyers to initiate a campaign from Ireland to challenge the result of the Brexit vote is a threat to democracy and should not be entertained.

The plans by a group of British lawyers to take a case challenging the result of the Brexit referendum from here in Ireland is ridicolous and is a threat to democracy. The British people voted and their decision should be accepted and we all have to get on with it. Not alone is this campaign being planned but they are also looking for funding to take the case as well.

We had a situation here in Ireland in a couple of referedums when we had to vote again when the results were not to the liking of the powers that be but it should not happen in this case. We here in Ireland should resist being used as guinea pigs on this issue and that’s what would happen.were this campaign to go ahead Just because the result of the vote did not suit some people is no reason to try to have it overturned. The same applied in the USA where the people there gave their democratic decision in the recent presidential election but it wasn’t accepted by some. The decision has been made by the people and we have to move on. Either we accept democracy or we don’t. 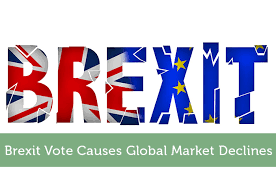