By Michael FitzmauriceApril 13, 2017No Comments

I am dismayed at the news that 38 people are to lose their jobs at the ECMI Cigar plant in Ballaghaderreen. It is a huge jobs blow to the region and I will be seeking a meeting with the management of the plant to find out what their exact plans are for the closure and for the premisis going forward.The fact that the redundancies will come into effect starting as early as May 15th gives little time for the planned consultation with the employees at the plant.

Having been a solid employer in the town of Ballaghaderreen since 1978, the closure of one of the biggest private employers in West Roscommon is a huge shock to the economy of the area and a massive blow to the 38 people involved and I am calling on jobs Minister Mary Mitchell O’Connor to make an immediate statement on the matter. I will also be asking Enterprise Ireland and the IDA to prioritise the Ballaghaderreen area for alternative and additional employment as soon as possible. 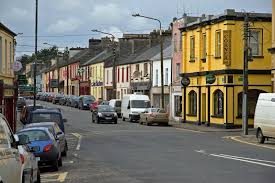