By Michael FitzmauriceJanuary 24, 2017No Comments

Today Minister Shane Ross announced 324 million Euro expenditure on regional and local roads for 2017 but although the press release claims a 9% increase on the 2016 figure, the increases in Galway and Roscommon are not near that figure.

I would point out that in 2007 the allocation for county Galway alone was 32 million Euro which gives an indication of just how far down we have slipped in terms of investment in our local and regional roads. This is another case of a Government department pulling the wool over the eyes of the people. We need to do far more to bring our roads up to an acceptable standard and unless there is an huge increase in investment into the future then the roads infrastructure in rural areas will simply fall apart 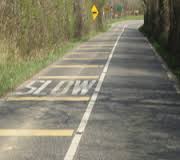