County Boundaries- An Article For The Journal

By Michael FitzmauriceApril 22, 2017No Comments

This is an Article written by me for The Journal website- it was published on Saturday morning 22nd April…………
It’s about changing county boundaries and what impact it would have and I take a look at the controversy we had with Roscommon and Westmeath recently………………………. 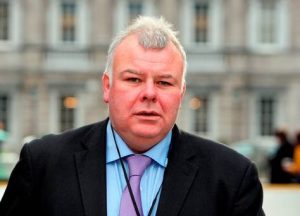 In Ireland- we come from is very important to us. Our local village, town and county identify us for our lifetime.
In recent years the government, in an attempt to “streamline” administration at local authority level, sought to propose changes to some county boundaries.
There have been a few around the country, most notably in Waterford and Kilkenny.
Changing boundaries
In my locality a proposal to extend County Westmeath into County Roscommon caused a lot anger and a huge public campaign.
It was proposed that an area of approximately 30 square kilometers of south County Roscommon would become part of County Westmeath. Once that proposal became known there was a huge public outcry in County Roscommon and a protest group was set up.
But there is far more at stake than just identity.
The area at the centre of the proposal is on the outskirts of the town of Athlone. It’s made up of Monksland and its hinterland, and it is a thriving industrial and commercial centre.
It yields huge commercial rates payments to Roscommon County Council and it is also the fastest growing area in County Roscommon in terms of population.So, there are big financial implications too.
Too many unanswered questions
But apart from the finances, the possible implications of this change would reach into almost every area of society. There are so many unanswered questions.
Would it mean the redrawing of the county boundaries? Would it mean the redrawing of the provincial boundaries?
There are implications for the HSE areas, and many other aspects of administrative, social and cultural life. For instance, what would happen to the Roscommon GAA clubs in the area proposed for change? These were just some of the questions that people were asking.
The Commission asked for submissions and over 30,000 were submitted from County Roscommon alone objecting to the proposals. Thousands of people attended a series of public meetings.
The report
The Commission, in a report published last November, said that the boundaries should be left as they are, but there is a major proviso that Roscommon and Westmeath County Councils “co-operate on joint initiatives where an expanding Athlone is concerned”.
The big worry for those connected with the campaign is that the report also says that:
Should this not happen within a four-year period then the committee recommends that the boundary be extended in order to achieve coherent sustainable development for Athlone.
This means that the committee can re-ignite this proposal if it feels that the co-operation between the local authorities has not been satisfactory. So it certainly has not been put to bed.
What we need is certainty on this issue. The people of Roscommon have made it crystal clear how they feel. It is up to the Government and the Minister to allay their fears. 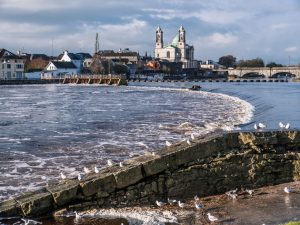