By Michael FitzmauriceNovember 29, 2016No Comments

The costs associated with farmers participation in GLAS and other schemes is astronomical and the Government will have to investigate Teagasc, Agricultural planners and vets, some of whom are charging huge sums for work associated with these schemes.

I have been contacted by several farmers who have gone into the GLAS Scheme about the excessive costs that are associated with participation in this and other schemes. My understanding is that to get into GLAS would cost in the region of 400/450 Euro but it has now come to light that soil samples, which have to done, will cost extra. There is also a nutrient management plan which farmers are only being made aware of now which is costing in the region of another 400 Euro. From what I am being told it is costing a huge amount of money for the time it takes to carry out this plan and this money is all coming out of farmers pockets before they get a penny out of it.

It is ironic that Teagasc, which is supported with state funding, are the leading agency when it comes to charging these farmers. Teagasc is being double paid at the expense of farmers who are struggling to keep bread and butter on the table.

Under the Knowledge Transfer Scheme the figures being quoted by vets to do a health check on stock is astronomical in some cases. There seems to be cartels going on in this regard and the Department seems to be applying different rules and regulations on farmers before these schemes are announced. I believe that a deals need be done for farmers by the Department to prevent excess charging for work associated with these schemes before these schemes start. The way things stand farmers in GLAS will have to pay in excess of 1,000 Euro be be compliant. The same farmer pays a yearly fee to Teagasc plus the Government are supporting Teagasc with the annual subvention. I know that Teasagc do some very good work, but I would question the amount of money that they are charging. With regard to the Knowledge Transfer Scheme, the planner or advisor is ending up with more out of it than the farmer.

It may not be popular to say this straight out but I think the onus is on us to address this situation with the way farmers are being treated. I have also put in a question to the Department about the 1500/2000 farmers who did not get into GLAS 2. We were told that they would get priority to get into the new scheme but I have not had a straight answer on that yet from the Department or the Government. It would seem to me that there does not appear to be priority for these farmers who applied for the scheme and who were not accepted. Remember that these farmers were told at the time of the election that they would be prioritised and politicians went around the country talking about it.

I will be further investigating the amount of money going into Teagasc from the Government in addition to what they are getting from farmers for the different schemes. The ordinary planners need to be competitive too and need to realise that farmers do not have money coming out of their ears and they should charge competitive and acceptable rates 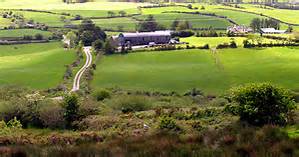