Consultants Shocking Views On UHG Must Be Heeded By Minister

By Michael FitzmauriceJuly 15, 2017No Comments

The letter this week signed by 196 consultants who work at University Hospital Galway which states that the hospital is totally unfit for purpose is a damning indictment of our health service and the services in the West of Ireland in particular.

When the A and E unit at Roscommon County Hospital was closed down and when other services were downgraded, including cancer services in Donegal and Sligo, we were told that Galway would be the centre of excellence. I commend the honesty and dedication of these consultants for coming out and speaking their mind and making their views public. UHG has been under pressure for many years because of decisions taken by the HSE who downgraded services elsewhere and then tried to shoe-horn all those services into one unsuitable location.

No one has a problem with centres of excellence and there are better outcomes from those centres, but in this instance that may not be the case according to what these consultants have said this week. Proper planning was absent in this case. It is widely acknowledged by consultants, doctors, health professionals and anyone with a bit of common sense that the 150 acre site at Merlin Park is ideal to be developed as a major hospital and centre of excellence. Until that is done we will continue to put people’s lives in jeopardy as the consultants pointed out this week,

Of course that development would take many years to bring to fruition and in the interim the Minister need to urgently ensure that a new A and E unit at UHG is built immediately. The lack of proper planning means that we lurching from one crisis to another and what was needed several years ago was the foresight to tackle this problem in a proper way. If that was done we would not be in the crisis we are now. The current site of UHG is clearly unsuitable. There is no room at the current site for any proper development.

A number of national newspapers and others scoffed at me and others on a number of occasions when we said that there should be funding for major infrastructural projects in rural Ireland and in the West in particular. This is just one such badly needed project that proves that we were right after all. 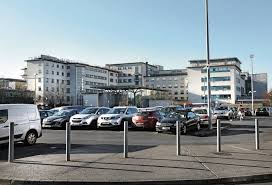